2 months ago
user
By Nathan Stubbs, The CurrentLA 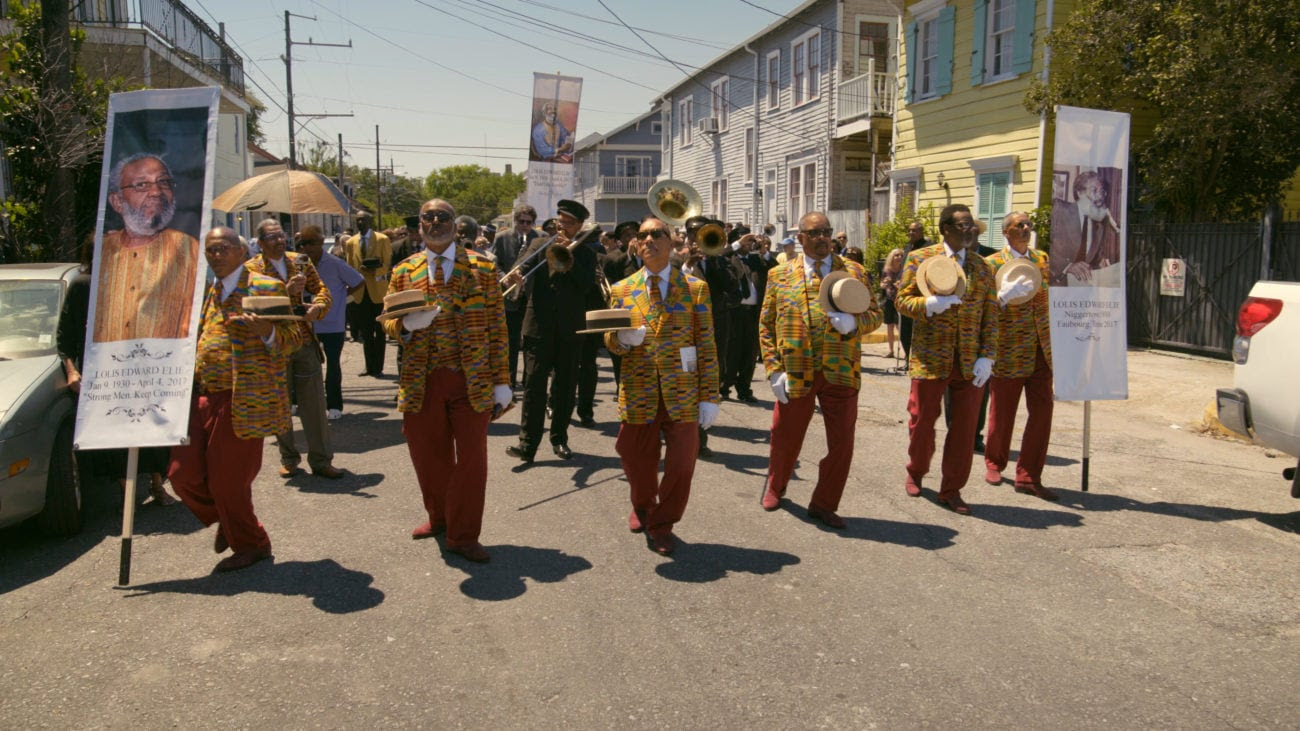 There’s a scene in the documentary City of a Million Dreams of New Orleans musical historian and bandleader Dr. Michael White returning to his Gentilly neighborhood in the aftermath of Hurricane Katrina in 2005. A slow brass band funeral dirge plays in the background as White drives past flood-wrecked cars, and piles upon piles of decaying household appliances, furniture and debris.

“No red lights. No people,” he observes. “It’s like the city is dead.”

White is soon processing all that he’s lost inside his ruined home: his extensive library, where he kept decades’ worth of his own writing and research; more than 4,000 CDs, including many rarities; photos and videos, both historic and personal.

“They’re all gone,” he muses incredulously. “Thirty years of life.”

A native New Orleanian and jazz musician, White meditates on a note of familiar, hopeful solace.

“That’s the enduring lesson of the jazz funeral,” he says, upon leaving the house. “Return again in another life, and it will be better and jubilant. I have to keep remembering that to go on.”

City of a Million Dreams, directed and produced by renowned investigative reporter and author Jason Berry, presents as a documentary on jazz funerals, the uniquely New Orleans tradition of sending off the deceased with a brass band promenade celebrating one’s disburdening of worldly troubles and the afterlife’s new beginning. But at its heart, it is a story of hope and resilience, illustrating the city’s enduring cultural legacy and perseverance through soul-shaking tragedies, the latest of which, the coronavirus pandemic, put a lengthy shut down on much of the city’s social rituals.

The film comes alive with immersive footage from funeral and second line processions, documenting the end of life celebrations held for New Orleans Mardi Gras Indian icon Edwin Harrison and attorney and civil rights advocate Lolis Elie, as well as the turbulent personal narratives of Dr. White and Deb Cotton, a California transplant and journalist who became one of New Orleans’ most steadfast cultural advocates. (Both White and Cotton are advisory producers of the film.) Through these subjects and interviews with legendary New Orleans bandleaders Milton Batiste and Harold Dejan, the film exhibits the passion, grit and responsibility borne by those carrying on tradition.

Berry also chronicles a deep history of New Orleans culture and society, drawing an intimate portrait of the Crescent City and its constant communion with death, rapture and ceremony. Currently on a tour of universities and independent film festivals, City of a Million Dreams screens at UL Lafayette’s Griffin Hall on Sept. 29 at 6 p.m.

New Orleans native Berry, perhaps best known from his groundbreaking investigative journalism exposing sexual abuse within the Catholic Church,  began documenting and actively researching jazz funerals nearly three decades ago, following a lifelong infatuation with the ritual. He’s also authored a novel, a play and two other nonfiction titles pertaining to New Orleans culture, including Up From the Cradle of Jazz: New Orleans Music since WWII.

In the 1990s, he completed a video oral history, supported by the Ford Foundation. That research, along with questions raised by musicians he interviewed about cultural shifts and inner city violence threatening the processions, planted the seeds for the documentary. Delays with fundraising — and continued calls to publish on the Catholic Church saga — kept the project on the back burner for some time. In 2016, Berry says he made a firm commitment to seeing it through.

“I realized I was at a crossroads,” he says. “I was either going to keep reporting and writing about the Catholic Church or come back to this huge project, which I had been working on for years. And I just wanted to get back to New Orleans. I wanted to focus my life on the city where I live.

“So it only took another five and a half years to finish the film,” he adds with a laugh.

In 2018, Berry also released the book City of A Million Dreams: A History of New Orleans at Year 300, a companion piece to the film with deeper historical context. Central to Berry’s research is the origin and evolution of the Jazz funeral procession, the formation of which leads and ties into New Orleans’ other cultural phenomena — Mardi Gras, second lines, and the advent of jazz music itself. Berry advances what he calls “the coming together of the ring and the line” — a merging of the African tradition, carried on at Congo Square, of dancing in rings in homage to ancestors, and the European tradition of military brass band funerals, lining up and parading in a street procession.

“It’s very much an American story,” Berry says. “The coming together of European and African traditions of mourning. The brass band tradition took root here in a city that was rich with public celebrations. Funerals ennobling the dead became part of the landscape.

“Frankly I would go a step further,” he continues, “and say that the melding of the ring and the line in a very real sense is the story of the city — the coming together of different peoples, the social mosaic here for which the city is known. This is a crossroads of humanity. It’s a city of migrants, and that is our heritage.”

“City of a Million Dreams” screens at UL Lafayette in Griffin Hall on Sept. 29 at 6 p.m.

Nathan Stubbs is an award-winning journalist and freelance food and culture writer. His work has appeared in The Independent, Gambit Weekly of New Orleans and the Dallas Morning News.