Up from the Cradle of Jazz

New Orleans has always been a city of music and divergent cultures, where aristocratic French and Spanish colonists, working-class Irish and the African slave culture combined to produce a charismatic musical tradition. The authors begin their survey after World War II and trace the impact of the musicians of New Orleans on rhythm and blues, jazz, soul and the other popular musical styles of the day. The book looks closely, too, at the tradition of musical families as exemplified by clans like the Bechets and Bigards of the early 1900s and continues with the talented Marsalis family of today. They discuss well-known artists such as Professor Longhair and Fats Domino and scores of lesser known but talented locals. 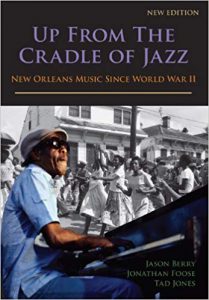